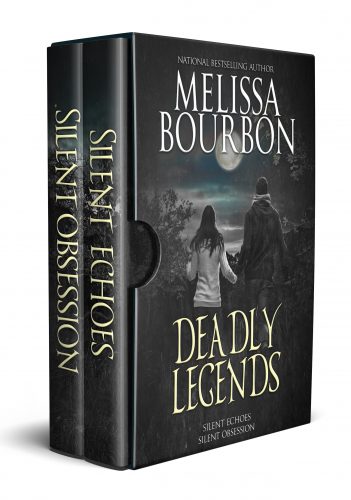 National Bestselling author Melissa Bourbon brings dark twists to two Latin-American urban legends guaranteed to keep you up into the wee hours. With riveting suspense, a sigh-worthy romance with heart-stopping heroes, beautiful writing, and characters that jump off the page, these thrilling romantic suspense novels will have you believing in curses and ghosts.

For the first time, Silent Echoes and Silent Obsession are together in this boxed set. Get ready for a thrill-ride…

Read about each book below.

Boxed set available only on Amazon. 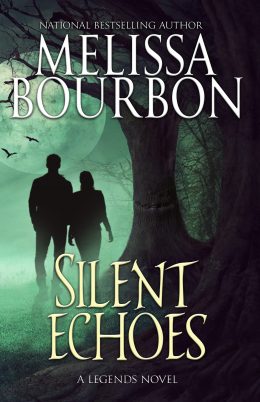 Something waits in the shadows…

On a Texas night twelve years ago, Vic Vargas kissed Delaney West so deeply that she almost came apart. Later that same night, evil crept into Delaney’s room as she slept – and everything in their world fell apart. Now Vic is a rancher living a half-empty life punctuated by one-night stands and a strained relationship with his 11-year-old son.

Then Delaney returns to San Julio, and the past comes rushing back… along with the dark echoes of that night so long ago. Livestock are dying. Some say coyote, but others whisper another darker word. Chupacabra. Bloodsucker.

The past hasn’t disappeared – nor has the instinctive desire that snaps and crackles between Delaney and Vic. And as those emotions ignite, so does the evil that hibernated for the last twelve years. The evil that waited for Delaney to return to San Julio… and to Vic Vargas.

“Danger and a mythical beast, true love, and a curse – what a suspenseful, fast-paced story!”
– Karen Whiddon, Bestselling Harlequin Author

“[Silent Echoes] will keep you up into the wee hours — and you
won’t regret one second of it. Not one.”
– Joyce Lamb, award-winning author of True Vision

“Melissa Bourbon Ramirez’s book breathes new life into the chupacabra legend, putting a fresh, original spin on this classic (and scary!) Latin-American myth (or is it?). Sacrifice of Passion has everything I want in a summer read: riveting suspense, a sigh-worthy romance, beautiful writing, and characters that jump off the page. You won’t regret putting Bourbon Ramirez on your auto-buy list.”
– Tracy Montoya, Daphne-award-winning romantic suspense author

And check out these AMAZING reviews for Silent Echoes.  There’s nothing better than readers who love your books! 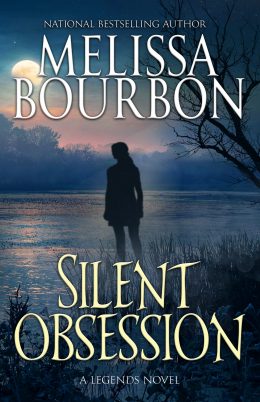 The ghost of la Llorona is said to haunt the riverbanks, always searching for her drowned child. She also haunts high school teacher Johanna Rios, whose own mother believed so deeply in the legend she tried to drown her daughters. And now the ghost has become real, a young woman murdered, and the safe world Jo created is falling apart.

Since returning home from his last tour of duty to become a school principal, Ray Vargas has fought his attraction for his employee, the sensual woman who’d once been the girl next door. But the Llorona Killer will not stop until he claims his final victim—Johanna—and Ray will do anything to protect the woman he’s come to love.

With a serial killer out to prove the curse is real, will Ray and Johanna’s future be drowned in the ghostly waters of the past? Or will the power of their love give them the strength to stop a killer…and heal their wounded hearts…?

“An interesting premise and characters that are sympathetic and genuine are at the crux of this romance.”  ~RT Book Reviews

“OMG what a book!!!!!…It was a thrilling ride from the start to the last page of this awesome read…It was dark enthralling captivating read! Once I started this book I couldn’t put it down!…This is an awesome read that will have you believing in curses and ghost stories…I give this thrilling romance a 5 star review!” ~Goodreads Reader 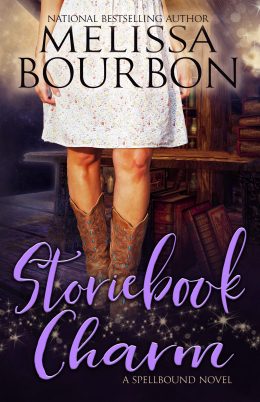 Storiebook Charm is a light paranormal romance and the first in a trilogy.

Down-on-her-luck witch Storie Bell never thought the biggest threat to her future would be Reid Malone, the very man she’d run from years before. After striking it rich in Texas shale, he’s back in town, and he seems hell bent on getting in the way of her bookstore’s grand opening. A witch trying to blend in in a small southern town is hard enough, but now he’s seriously testing her strict No Kissing Mortal Men policy. But even witches don’t have a spell for that.

Reid knows there’s much more to Storie than meets the eye. But right now he has only one mission: to infiltrate her shop so he can snatch the elusive secret ingredient to his father’s million-dollar moonshine recipe. Once he does, he can go back to the city and get out of his small hometown, a place in which he has no future.

But as the days go by, he can’t help falling for Storie in every way…and every encounter brings him closer to finding out what happens when you try to deceive a witch.

TOP PICK  “Love, laughter, magic, romance, and treachery, this novel has it all.” ~ Night Owl Reviews