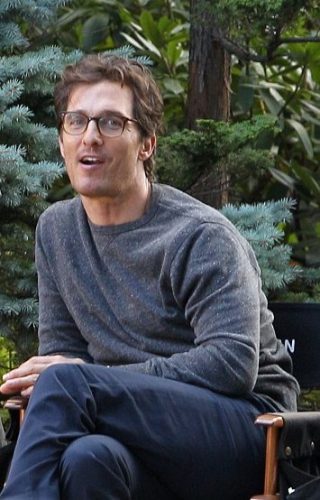 Jamie McAdams is co-owner (with his Grandad, Cyrus McAdams) of The Open Door Bookshop in Devil’s Cove, North Carolina. When I started to think about what kind of man I wanted him to be, the first thing that came to mind was that he had to be smart, but in a really accessible way. I kind of picture him as a mix between Hugh Grant (think Notting Hill era) and Matthew McConaughey (when Matthew is really down to earth and wearing his wire-rimmed glasses). Mostly Matthew McConaughey.

He’s got a doctorate in Medieval Irish Literature

. He’s got two daughters he named after literary characters (Heidi and Mathilda), and a bookstore cat named Miss Havisham.
Jamie isn’t an overt love interest for Pippin, who is the main character in Murder in Devil’s Cove, but the potential is there. He’s fascinated by her gift of bibliomancy, and he’s intrigued by the puzzle Pippin faces with figuring out how to stop the family curse.
Here are a few facts about Jamie: 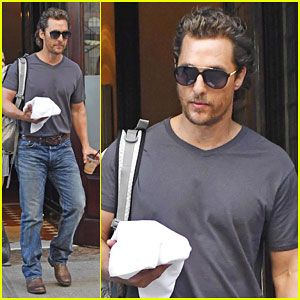 ***
Here’s a bit of the scene when Pippin first meets Jamie:
Pippin turned abruptly, bumping her shoulder against a freestanding shelf. She prided herself on being aware of her surroundings. Her grandmother had kept a close eye on her and Grey. As a result, they’d both grown vigilant. They’d learned how to sneak in and out of the house undetected. They knew their grandparents’ routines down to the minute. Awareness was an old habit that had stuck with her, but thinking about her father had taken her away from the here and now for a moment. Now she looked at a man who’d started her. He stood at the end of the aisle, a stack of books in his arms. He wore wire-rimmed John Lennon glasses that fit him perfectly. The ends of his dark hair flipped out in a boyish manner, and long lines framed his mouth as he smiled. He looked at her with one eyebrow cocked up in amusement.
I love Jamie! I hope you do, too.
Facebook Twitter Google-plus