Get Merry with these Holiday Cozy Mysteries 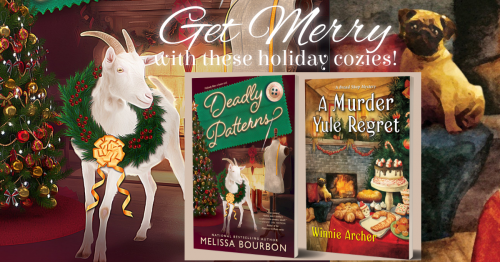 Holiday Cozies are the best! If you’re like me and love to get festive with holiday-themed books, check out Deadly Patterns and A Murder Yule Regret. 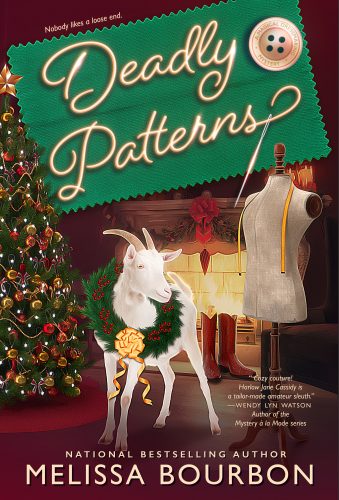 From the author of the Harlow Cassidy Mystery Series comes a Christmas story filled with merriment, mystery, and murder.

Bliss, Texas, is gearing up for its annual Winter Wonderland festival, but when a mysterious Scrooge ends the merriment with murder, it’ll take more than a ghost from Christmas past to set things right.

Designing a holiday fashion show set in the town’s most prominent historic mansion seems like a job tailor made for dressmaker Harlow Jane Cassidy. But with the mansion’s restoration still in progress and threatening weather on the horizon, she’s feeling on pins and needles more than reveling in holiday cheer.

Having volunteered to play Santa in this year’s festival, Dan Lee Chrisson was ready to move on after his divorce—until Bliss became his final resting place. Discovering his body puts Harlow at the scene of the crime. She’ll need plenty of help from friends and even her late great-grandmother’s spirited sleuthing if she’s to have a ghost of a chance of catching a killer who’s just jumped to the top of the naughty list…. 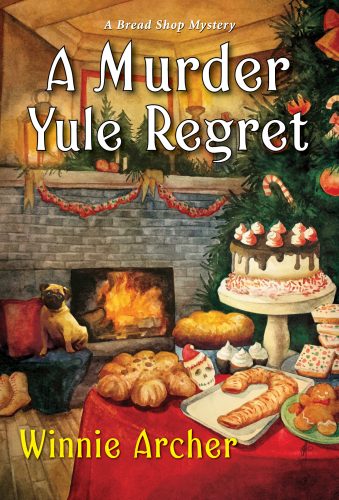 Universal Link for all retailers