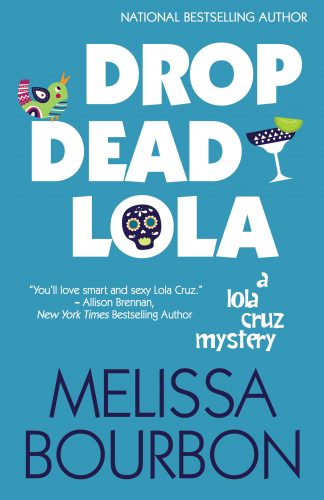 Lola’s cousin is getting married, and Lola’s in the wedding, dressed like a throwback from a John Hughes movie; her biological clock has started ticking; and the bachelorette party to beat all bachelorette parties is in the works. The evening’s events will push all the women past their boundaries—including Lola.

But all that pales compared to the new case at Camacho & Associates. Not everyone is convinced that Jack Callaghan’s childhood friend, Philip, committed suicide, least of all the man’s mother, Marnie. Marnie hires the P.I. firm—and specifically Lola—to get to the bottom of her son’s death. There’s not much to go on, but Lola would rather drop dead than leave a case unsolved.

When a second attack happens against Marnie herself, Lola knows she’s on the right track. Now her biological clock isn’t the only thing ticking. She has to stop a murderer before he—or she—strikes again.What2